Each November, our teams at Vertex come together to celebrate and raise awareness for the type 1 diabetes (T1D) community during National Diabetes Awareness Month and World Diabetes Day (Nov. 14). As we pursue potential treatments targeted at the underlying cause of T1D, our partnership with and opportunities to learn from those living with T1D are essential to our success.

We are lucky to have some of our very own ‘Vertexians’ willing to share their stories about living with or caring for someone with T1D. We invite you to learn from them and help raise awareness for T1D this month. 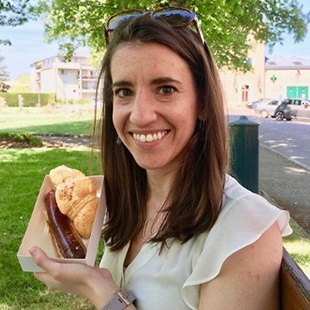 Christi Cook, a Biomarkers Senior Research Scientist, was 25 years old and in the middle of graduate school when she got a phone call from her physician explaining that her blood work indicated she had T1D. The doctor sent her a prescription to pick up insulin and needles with little information or instructions.

Christi could tell that something felt different. “I was stressed, had new mood fluctuations and was losing weight, but the university health center thought I had an eating disorder. It was in some ways relieving to finally get a true diagnosis,” she said.

But her path after diagnosis was not easy. With little infrastructure or knowledge to help navigate T1D management, Christi felt quite alone. Like a true scientist, she read as much as she could to educate herself. Her family helped her to balance her care and expectations, and she was eventually able to get support from the Joslin Diabetes Center.

Now, Christi spends a lot of time outdoors to help with her mental health and blood sugar levels, and she refuses to let T1D define her. “I didn’t want to accept that I couldn’t do certain things,” she said. “Just because I am diabetic, doesn’t mean I can’t do it. 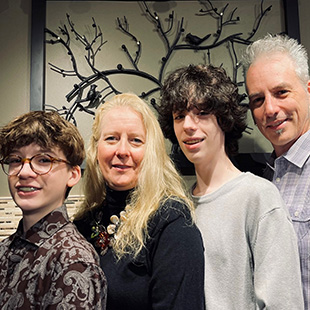 Vertexian Randall Thompson’s son Stirling was just three years old when he was rushed to the hospital with an extremely high blood glucose level. They spent a week there learning about his new T1D diagnosis and how to manage it.

“He was so young and had no clue what was going on, but was rushed around, getting poked all the time,” said Randall. “When we had to do finger pricks and give him shots, I remember him saying ‘why are you hurting me?’ It was painful for me to hear.”

Randall and his family had to balance learning this new way of living for Stirling with the understanding that they were trying to help him. Not only did they have to teach themselves, but they quickly became educators for the staff at Stirling’s school, which had limited knowledge or experience managing T1D. Their life pivoted as they now had to prepare diligently every time they left the house and worry every night about checking on him to make sure he wasn’t experiencing hypoglycemia and losing consciousness. Now as a teenager, Stirling wears an insulin pump and continuous glucose monitor and has started to become more involved in his own T1D management.

While a decade has now passed and Randall’s family is very familiar with T1D, it still came as a shock when their oldest son, Deckard, was also diagnosed with T1D just this year. Now, like his brother, he has had to adapt to a new way of life under the constraints and demands of this relentless disease. “Times have certainly changed since Stirling was diagnosed 10 years ago,” said Randall. “But the rush and range of emotions that has come over everyone in our family returned for another round.”

Randall recently transitioned into a new role at Vertex where he will be working on some of the technologies our teams are studying for our investigational therapy for T1D. He is thrilled to be able to work on a disease area that is so personal for him. “I have told both of my sons, ‘now I will just have to work twice as hard!’”

T1D as a young mother 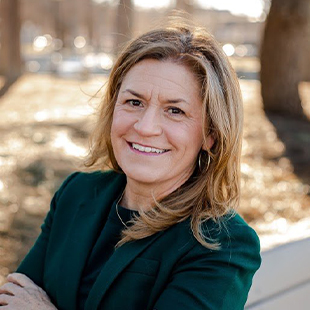 Sandra O’Sullivan, a Director on our Clinical Vendor Management team, has become an expert in T1D after managing her disease for more than 25 years. She uses a closed-loop insulin pump and continuous glucose monitor that communicate with each other and have transformed her ability to control her blood sugar levels and sleep through the night. But managing her T1D was not always this straightforward.

After having her second child, Sandra noticed that she very quickly lost her pregnancy weight. Suddenly, her vision became blurry, and by the time her new prescription glasses arrived, they were already not strong enough. “I became emaciated as time went by,” she said. “Washing my hair in the shower was so exhausting, I felt like I didn’t have enough energy to even rinse it.” Several months went by before a coworker mentioned a friend with diabetes who had similar symptoms. Finally, Sandra was able to get an answer to her exhaustion. Sandra’s children were young at the time of her diagnosis, and it was difficult for her to explain why she felt sick and why she didn’t have enough energy to play outside with them.

“I had been feeling so horrible, but once I started using insulin I felt better immediately. And then came the realization of doing this the rest of my life,” she said. 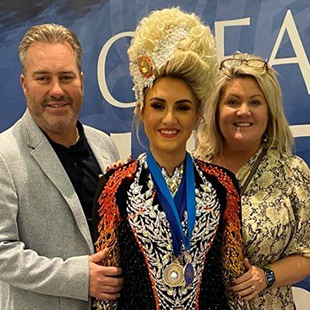 When Vertex Clinical Science and Site Advocate Samantha Russell’s daughter Lexie was diagnosed with T1D at 12 years old, Samantha could not stop thinking about what it would be like for her daughter to inject herself with insulin every day.

For the first month after her diagnosis, both Samantha and Lexie were overwhelmed. Samantha recalls seeing her daughter meticulously weighing her food, counting her carbs and exercising. Over time, Lexie began to adjust and did not want to let T1D control her.

This didn’t come without its challenges. Lexie initially dealt with a lot of embarrassment at school, feeling shy about the equipment she had to wear and the injections she had to take. As a parent, Samantha still has moments of fear when she gets a notification that Lexie’s blood sugar levels have dropped too low. “Sometimes, I have to wake her up in the middle of the night to check her levels and get some juice in her,” she said. “It’s hard to go back to sleep until we can see those numbers start to go back up.”

While they are both more comfortable managing Lexie’s T1D after several years, they are sometimes still anxious about what comes next, as Lexie begins to plan for her future and adult life.

A family history of T1D 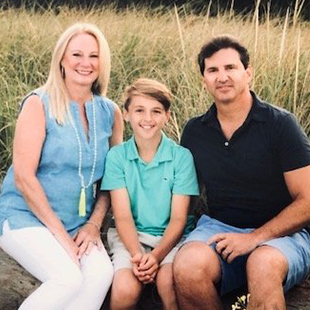 Kathleen Quirk, a Senior Director on our Human Resources team, grew up watching her dad struggle to manage his T1D, as he often experienced seizures due to dangerously low blood sugars. As a teenager, Kathleen came home one evening and told her father she was incredibly thirsty. Noticing she had also recently lost quite a bit of weight, he immediately knew something was wrong and tested her blood sugar.

Kathleen’s blood sugar was excessively high, to a level far outside of normal ranges, and she was quickly diagnosed with T1D — just like her father. His T1D journey petrified her as a young adult learning to manage her disease. But her experience was drastically different as technology had progressed significantly from when her father was diagnosed. Kathleen found it easier to test her blood sugar, and had better access to new devices like insulin pumps (rather than multiple injections) and now has continuous glucose monitoring systems that allow her to see her blood sugar in real time and send that data directly to the pump to adjust her insulin accordingly.

Changes in technology haven’t stopped Kathleen from being incredibly vigilant about her treatment. She is always sure to eat on time, bring snacks everywhere, and test her blood sugar regularly. After 31 years of living with T1D, Kathleen has no complications from diabetes and has never had a seizure or been hospitalized. “While T1D is a difficult condition to manage, since every day is different and so many different factors impact your blood sugar, I adjusted pretty easily having grown up with it.”

The day Kathleen accepted her offer from Vertex was the same day we announced the beginning of our work on T1D, and at that moment she knew she made the right decision.

Christi, Randall, Sandra, Samantha and Kathleen’s stories are just a few examples of the many different experiences with T1D. We appreciate being able to learn from them as we learn more about T1D. They, like all of us at Vertex, hope for a bright future for the T1D community.

The Vertex Foundation Scholarship helps eligible people with cystic fibrosis and their families in the U.S. and Canada pursue higher education degrees. Recipients will be awarded $5,000 USD/CAD toward the 2023-2024 academic year.