This month, these three Vertex employees — Amy Longwell, Angela Yen and Nia Tatsis — have been recognized for their accomplishments by three leading organizations. The Greater Boston Admin Awards named Amy as a finalist in its Leadership category, STAT News designated Angela as one of its 2021 Wunderkinds award recipients, and Fierce Pharma selected Nia as one of the Fiercest Women in Life Sciences for 2021.

The Vertex culture makes it possible for women leaders like Amy, Angela and Nia to thrive and for their talent, drive and dedication to be recognized — both internally and externally. It’s also the reason Vertex received yet another honor — ranking #2 on The Commonwealth Institute’s list of the 2021 Top 100 Women-Led Businesses in Massachusetts.

Learn more about these three Vertex employees, including their role within the company, their thoughts on their recent awards, and what they’re doing to pave the way for the next generation of women leaders. 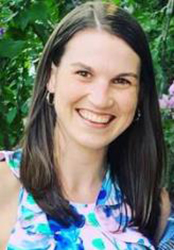 A leader. A mentor. A role model.

Amy, executive assistant (EA) to Stephanie Franklin, Senior Vice President and Vertex’s Chief Human Resources Officer, is all this and more. A Vertex employee for nearly four years, Amy is a results-oriented professional who juggles multiple assignments within the HR team and across the company — delivering projects on time and with a positive, upbeat attitude.

“I would be lost without Amy,” Stephanie said. “She is proactive, resourceful and an incredible collaborator.”

That’s why Amy’s HR colleagues were eager to nominate her for the Greater Boston Admin Awards. Currently in nine cities nationwide, the Admin Awards enable the business community to recognize the critical work conducted by administrative professionals. Amy was named a finalist in the Leadership category, which celebrates such traits as integrity, innovation and empowerment.

“I love my job,” Amy said. “The work, my boss, the people I work with — and we’re all in it together. I approach my job with the mindset that every day is going to be different. Things come up, and you just have to roll with it.”

Amy’s skills, dedication and work ethic became even more valuable when many Vertex employees moved to remote work following the onset of the pandemic. She continues to demonstrate her commitment to the company and her willingness to do whatever it takes to support her colleagues.

While Amy takes her accomplishments in stride, she was flattered to hear she had been named a finalist for the Admin Awards. And she nearly cried when her supervisor, Stephanie, told her, “that was the easiest nomination in the world.”

“I feel appreciated and valued at Vertex,” Amy explained. “But there’s something about seeing an award nomination in front of you, written by your boss, that’s very validating.” 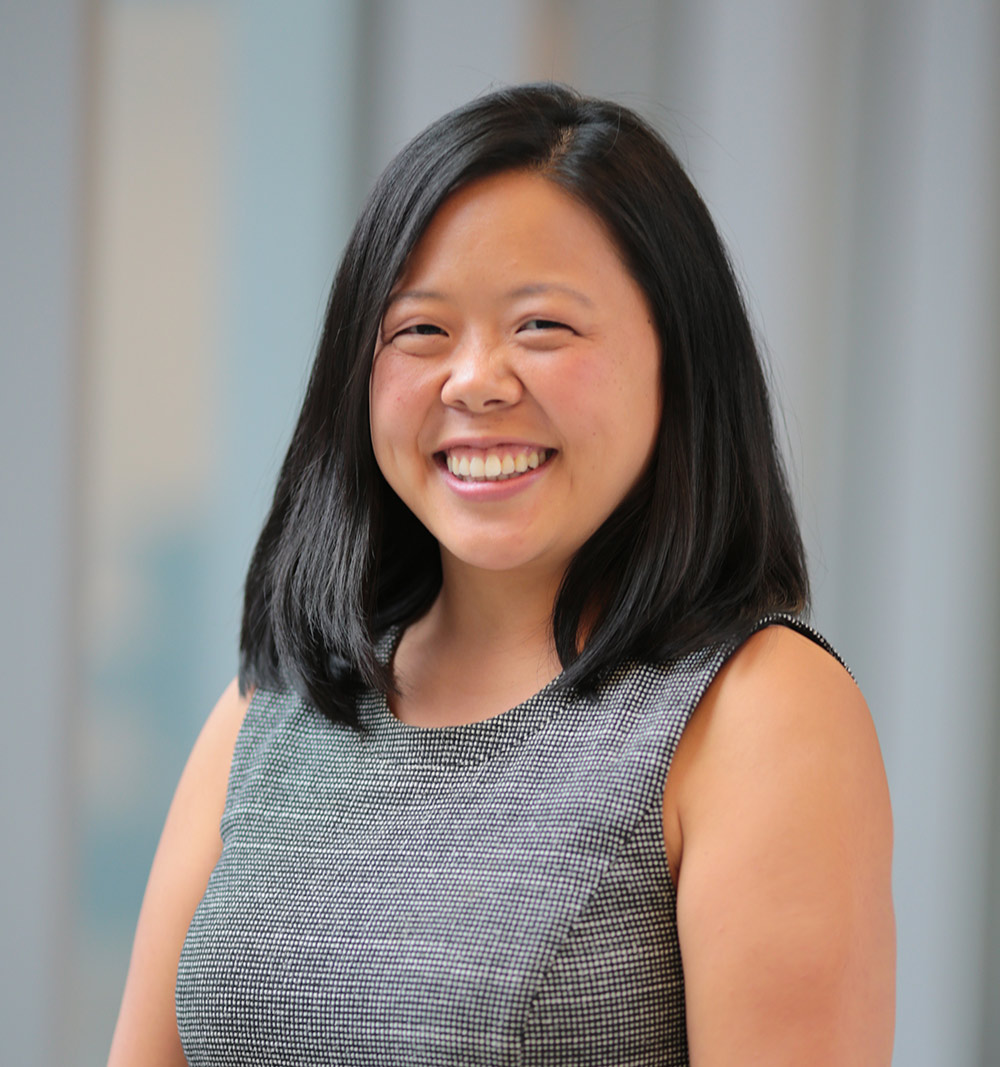 “Wunderkind” is defined by the Merriam-Webster Dictionary as “one who succeeds in a competitive or highly difficult field or profession at an early age.”

It’s an apt description of Angela, who joined Vertex five years ago after honing her genomics skills at the Broad Institute and graduating from MIT with a Ph.D. in Computer Science and Engineering.

Today, she’s Director of Vertex’s Data and Computational Sciences group for cell and genetic therapies and recently was recognized as a member of the STAT Wunderkinds class of 2021. The award is presented annually to early career scientists and investigators by STAT, a news outlet focused on health, medicine and the life sciences.

“Angela has made a tremendous impact at Vertex, most notably by playing a key role in the development of Vertex’s investigational gene-editing therapy,” explained Georgia McGaughey, Ph.D., Vice President, Data and Computational Sciences, at Vertex. “Angela literally led the development of the computational framework that allowed our investigational therapy to progress into pivotal clinical trials.”

During her time at Vertex, Angela also has cultivated deep expertise in the drug development process — managing a cross-functional team and communicating strategic scientific concepts throughout the company. In addition, Angela’s current role enables her to lead and support the next generation of computational scientists.

“The STAT Wunderkinds Award really felt like a reminder to me of how lucky I am to be in my situation — to work with a passionate group of people, on cutting-edge science, to try to change people’s lives,” Angela said. “That is a rare and winning combination, and the honor was a wonderful opportunity to highlight the accomplishments of everyone whom I work with in the Data and Computational Sciences group, and at VCGT.” 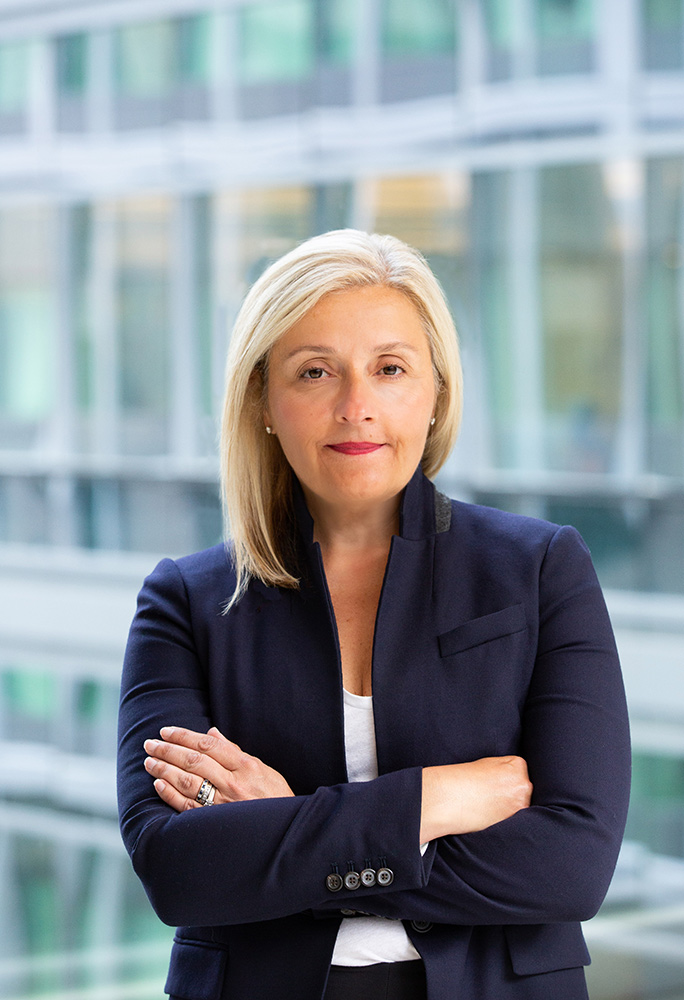 A critical part of bringing transformative medicines to people with serious diseases is to accelerate drug development, review and approval. Under Nia’s leadership, Vertex continues to blaze new trails that ensure the company’s therapies reach patients as quickly and safely as possible.

As Nia has worked to guide Vertex’s medicines toward approval, she also has helped set regulatory precedent and best practices for the industry. These accomplishments are just a few reasons why Nia’s been named to the 2021 list of the Fiercest Women in Life Sciences by Fierce Pharma, a leading trade publication for the biopharma industry.

“I wanted to leverage my scientific training to have an impact on transforming peoples’ lives through new medicines, so I gravitated toward the pharma/biotech industry,” Nia said. “Once I entered into Regulatory Affairs, I never looked back.”

Nia also has used her leadership position to support women entering and currently working in the biopharma field, saying it’s a focus for her personally and for Vertex. She serves as the executive sponsor of IWILL (Inspiring Women in Leadership and Learning), Vertex’s Employee Resource Network focused on developing women leaders, and she’s a strong champion of mentorship.

“I’m the beneficiary of a long line of mentors and advocates from my academic roots to my current role,” Nia said. “The best advice I can give is once you identify that person from which you can learn and grow, don’t hesitate to reach out. Mentors come from all aspects of our lives, past and present. They are your trusted resources available when you need them the most. I strongly encourage these relationships because we can’t do it alone.”

The Vertex Foundation Scholarship helps eligible people with cystic fibrosis and their families in the U.S. and Canada pursue higher education degrees. Recipients will be awarded $5,000 USD/CAD toward the 2023-2024 academic year.